A Visit from the Nuncio

Archbishop Girelli had previously served as Apostolic Nuncio to Indonesia, Timor-Leste, and Singapore, as well as being Papal Representative to Vietnam. In 2017, he was appointed Nuncio for this region. He replaced Archbishop Lazzarotto, who also visited Saxum in 2017, when the Visitor Center was not yet completed.

During his visit to Saxum, Archbishop Girelli had a multimedia tour of the Visitor Center and viewed the starting point for the Emmaus Trail.

He wrote in the visitors’ book:

I am very grateful and happy to have visited Saxum and to have seen the Visitor Center. It is an experience that immerses you in the History of Salvation in a realistic and spiritual way. I hope that many pilgrims can find here, in their visit to this Center, an explanation for their journey in the footsteps of Jesus and inspiration for their prayer.
“Stay with us, Lord, for it is evening!”
+Leopoldo Girelli
Apostolic Nuncio 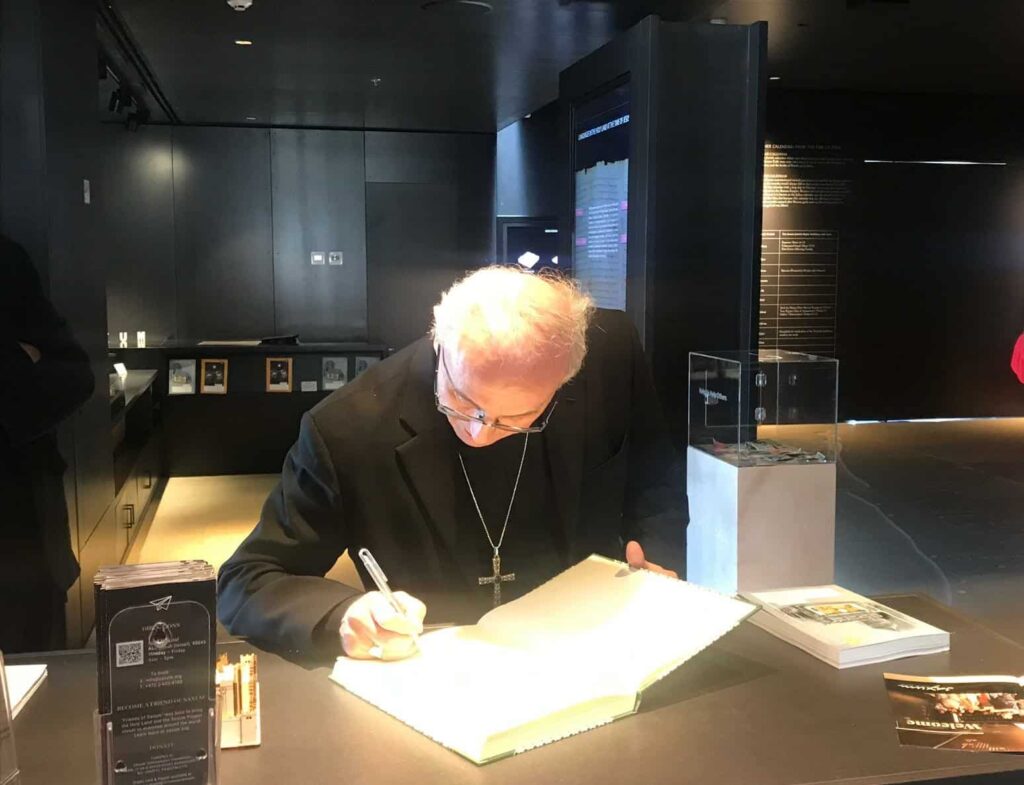 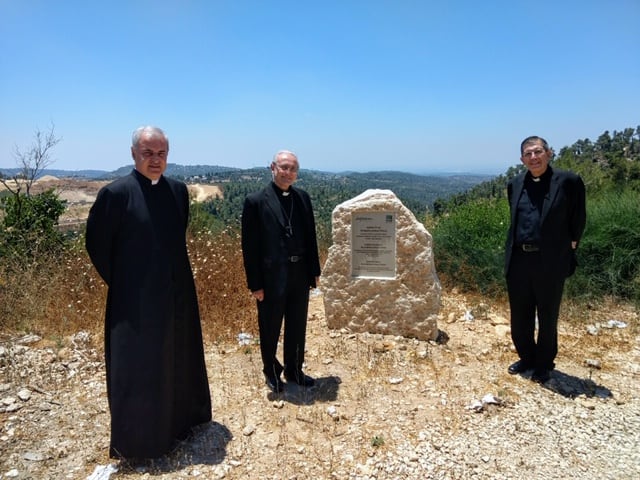