ABU GHOSH – Last week, on Wednesday, June 6, the Saxum Visitor Center received an important visitor: Archbishop Pierbattista Pizzaballa, the Apostolic Administrator of the Latin Patriarchate of Jerusalem. The archbishop had previously been at Saxum in November 2016 to preside at the Mass of Thanksgiving for the completion of the construction, which took place during Holy Land Dialogues. 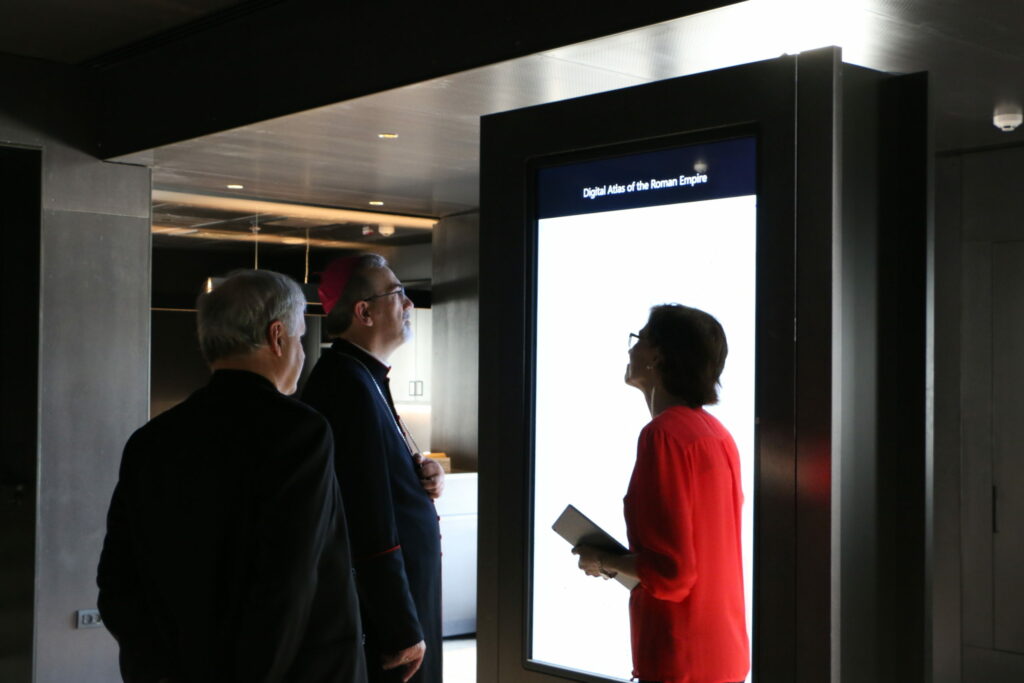 The archbishop was accompanied by Msgr. Joaquin Paniello, the Vicar of Opus Dei in Jerusalem, and was led through the multimedia tour of the Visitor Center. He enjoyed many of the interactive screens about the various Holy Sites, commenting on the importance of the knowing the history of the Holy Sites well. On the screen about the place of the Annunciation in Nazareth, he smiled at the contrast between the small church that once housed the grotto of our Lady, and the grandiose basilica that covers it today.

After the tour, he was informed about the Friends of Saxum program, which encourages people all over the world to come to the Holy Land. He commented that this land helps people discover the humanity of Christ, and about Jerusalem’s uniqueness as a city where people from all churches, religions, and nations meet and live together.