Going back to Galilee

When Jesus appeared to the women, he told them: “Go and tell my brethren to go to Galilee”. That is why we find Peter and the others fishing in the lake as they used to do before. Galilee is the region in which Jesus lived most of his life, working in Nazareth first, and living in Capernaum when he started his public ministry. This fishing village by the Sea of Galilee is where everything started for the disciples. 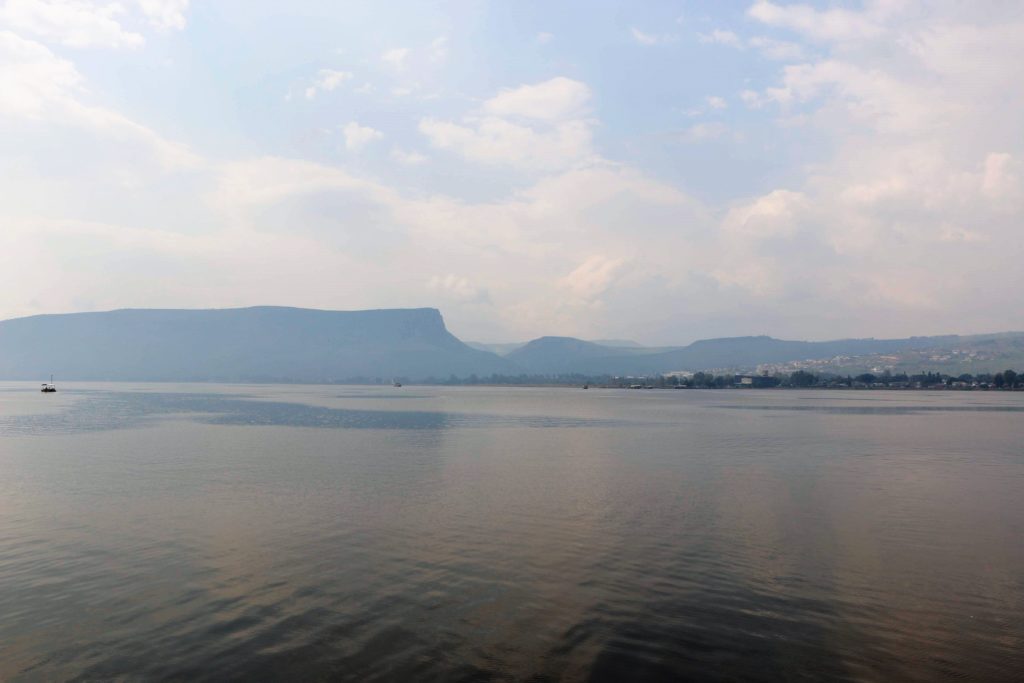 Pope Francis’ homily for the Easter Vigil last Saturday had some beautiful words about what did Galilee mean for the apostles:

“This is the Easter message, a message of hope. It contains a second part, the sending forth. “Go and tell my brethren to go to Galilee” (Mt 28:10), Jesus says. “He is going before you to Galilee” (v. 7), the angel says. The Lord goes before us. It is encouraging to know that he walks ahead of us in life and in death; he goes before us to Galilee, that is, to the place which for him and his disciples evoked the idea of daily life, family and work. Jesus wants us to bring hope there, to our everyday life. For the disciples, Galilee was also the place of remembrance, for it was the place where they were first called. Returning to Galilee means remembering that we have been loved and called by God. We need to resume the journey, reminding ourselves that we are born and reborn thanks to an invitation given gratuitously to us out of love. This is always the point from which we can set out anew, especially in times of crisis and trial”.

“Galilee was the place where they were first called”

“But there is more. Galilee was the farthest region from where they were: from Jerusalem. And not only geographically. Galilee was also the farthest place from the sacredness of the Holy City. It was an area where people of different religions lived: it was the “Galilee of the Gentiles” (Mt 4:15). Jesus sends them there and asks them to start again from there. What does this tell us? That the message of hope should not be confined to our sacred places, but should be brought to everyone. For everyone is in need of reassurance, and if we, who have touched “the Word of life” (1 Jn 1:1) do not give it, who will? How beautiful it is to be Christians who offer consolation, who bear the burdens of others and who offer encouragement: messengers of life in a time of death! In every Galilee, in every area of the human family to which we all belong and which is part of us – for we are all brothers and sisters – may we bring the song of life! Let us silence the cries of death, no more wars! May we stop the production and trade of weapons, since we need bread, not guns. Let the abortion and killing of innocent lives end. May the hearts of those who have enough be open to filling the empty hands of those who do not have the bare necessities”.