Saint Helena and the finding of the True Cross

The feast of the Invention of the Cross and the feast of Saint Helena are celebrated in May and commemorate the finding of the most precious relic of Christianity.

According to researchers, the very early Christians did not have any special interest in gathering what we today call relics. They were in touch with Jesus himself or his Apostles and were busy spreading the good news, as can be inferred from the Acts of the Apostles and St. Paul’s letters. In the 3rd and 4th centuries Christians began to long for a sense of physical closeness with Jesus and the first disciples, whom they had not met. It was then that the interest for the objects of the Passion and the mortal remains of the martyrs was extended.

The most well-known figure on this quest to look for relics is probably St.Helena, mother of Emperor Constantine and Empress of the Roman Empire, who herself travelled to the Holy Land around the year 326 with this purpose. According to tradition, she discovered the True Cross. That is why it is said that St. Helena is the first archaeologist. The Invention of the True Cross is commemorated every year on May 7 with a Solemn Mass in the Church of the Holy Sepulchre in Jerusalem.

The celebration takes place in a chapel in the lowest part of the church, two flights of stairs down, at the very site where she is said to have found the precious relic. Just above this chapel is a balcony decorated with rich hanging lamps from which it is said that St. Helena saw the cross. The chapel has an altar and a big statue of a woman holding a large cross. To the right of the altar is the place that marks where the Holy Cross was found. 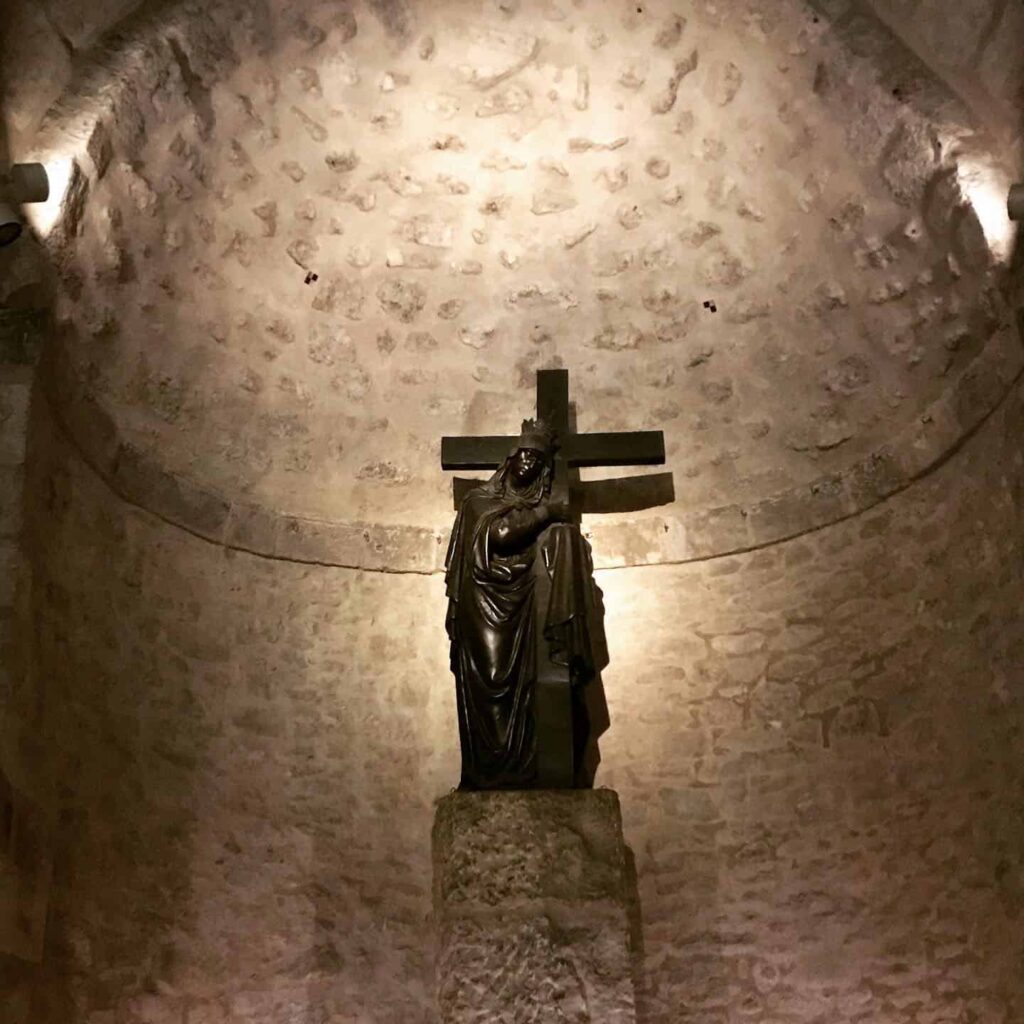 Statue of Saint Helena in the Church of the Holy Sepulchre | I. Rodríguez 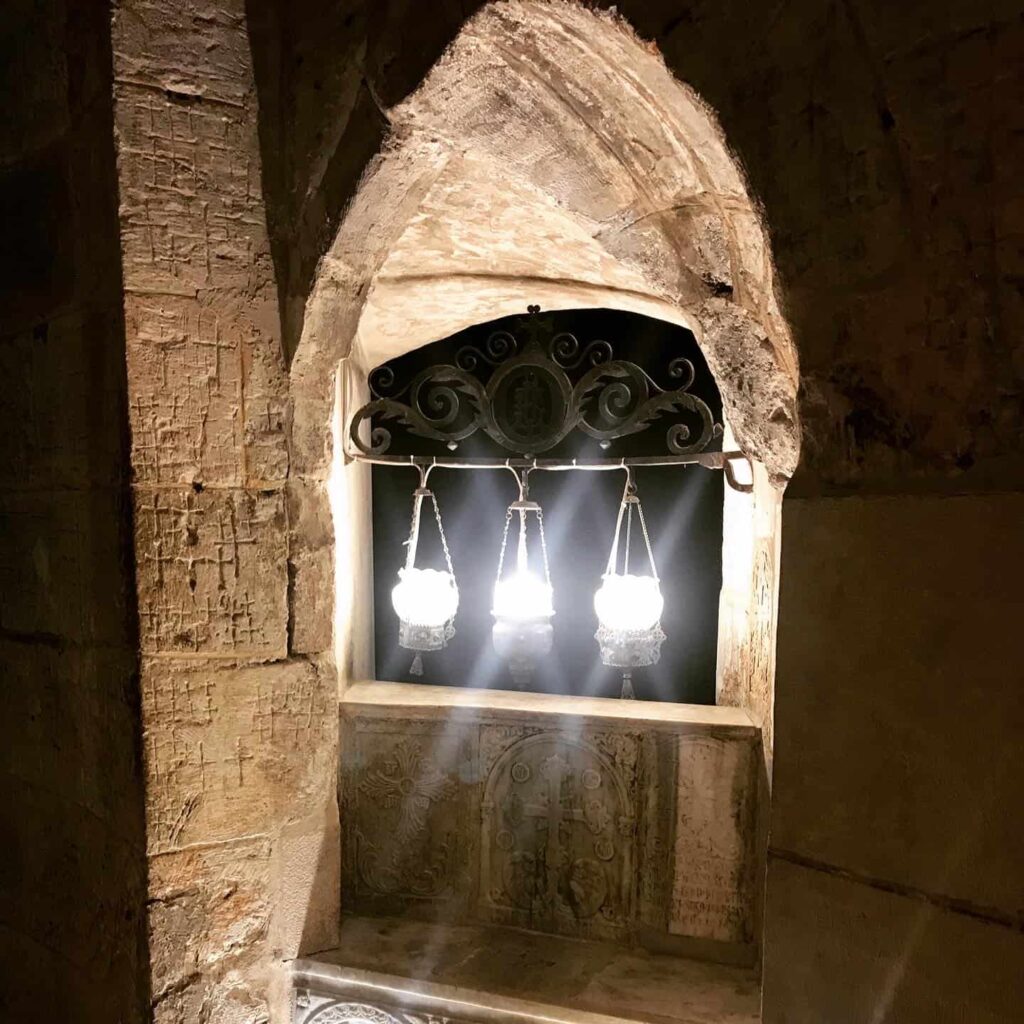 The balcony from which it is said that Saint Helena saw the Cross | I. Rodríguez 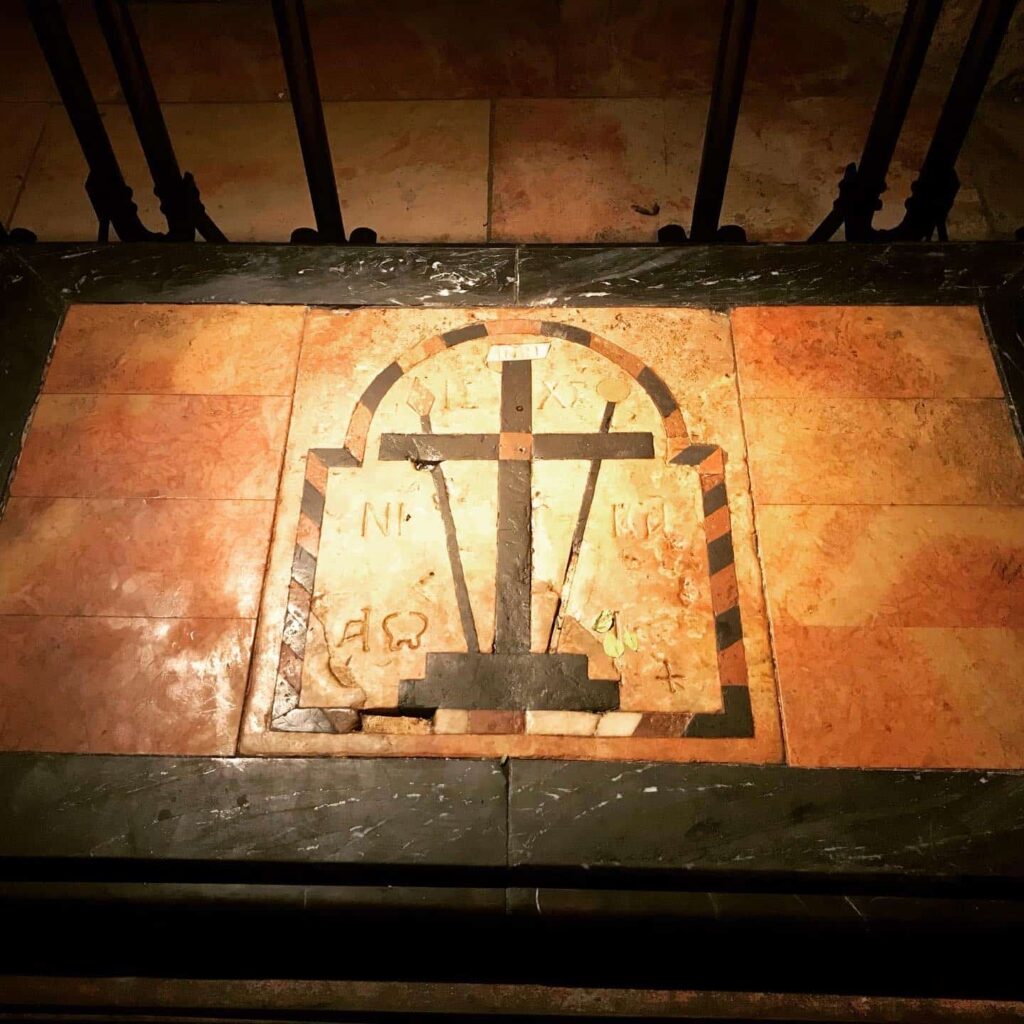 The place that marks where the Cross was found in the chapel of Saint Helena | I. Rodríguez

Although there is more legend than historical truth around the figure of St. Helena and her discovery of this precious relic, it is clear that she made a pilgrimage to the Holy Land and ordered the construction of a church at the site of the Nativity, Bethlehem, and another at the site of the Ascension, on the Mount of Olives, near Jerusalem. She also sponsored the building of the Church of the Holy Sepulchre, over the sites of the Crucifixion, Death, and Resurrection of Jesus. Her feast day is commemorated on May 21 in Jerusalem.

Legend has it that she destroyed the temples dedicated to Jupiter and Venus that Emperor Hadrian had built in the 2nd century on the site of Calvary and the Sepulchre. She then conducted an excavation and found three crosses. In order to find out which was the cross Jesus was crucified on, she brought a very sick woman in and touched her with all of them. The cross that healed her was declared to be the True Cross and the Church of the Holy Sepulchre was built on the site.

On the Feast of the Invention of the Cross this year, the Custos of the Holy Land said in his homily: “There is a risk that in this world, even we Christians lose the sense of the Cross and we have to rediscover its value. We have to find the Cross again, a little like St. Helena, and find the true one! Because not every cross heals and saves, only the one of Jesus.”