Saint Mary Magdalene’s Church, a hidden jewel in the Mount of Olives

Once the green metal door opens and a nun dressed in black lets you in, you find yourself in front of a stone staircase surrounded by tall trees, green bushes and blue, orange and pink flowers. This unexpected spring oasis in the middle of the Mount of Olives is the convent of Saint Mary Magdalene, home to nuns of the Russian Orthodox Church. 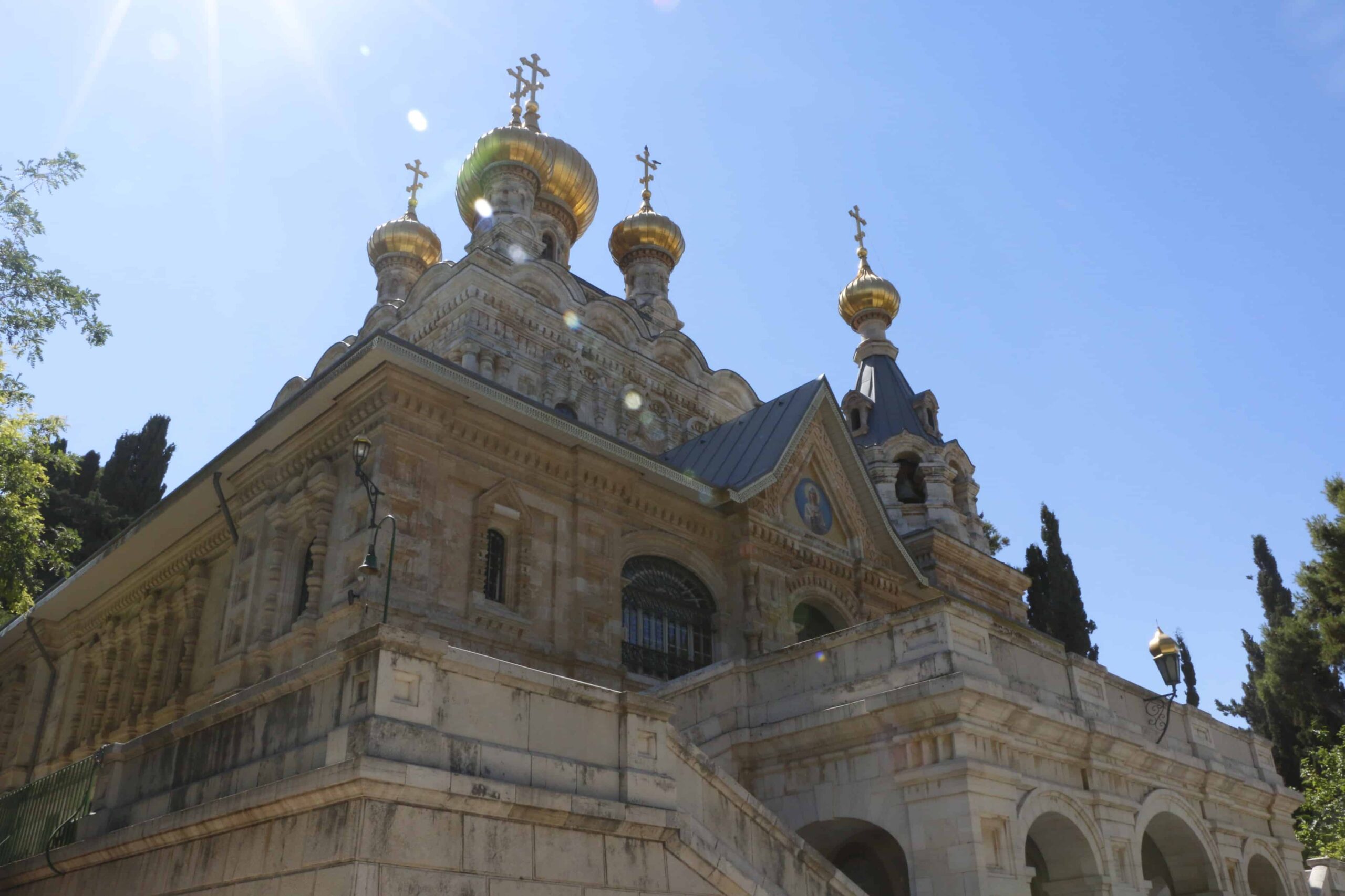 St. Mary Magdalene’s Church, in the Mount of Olives, is a Russian building from the 19th century. | I. Rodríguez

Going up several staircases, through the stunning gardens of the convent, you end up in front of a 19th century building crowned with golden onion domes, a typical element of the Russian architecture. This is St. Mary Magdalene’s church, one of the most recognizable landmarks of the Mount of Olives and, yet, one of the most unknown sites of Jerusalem. 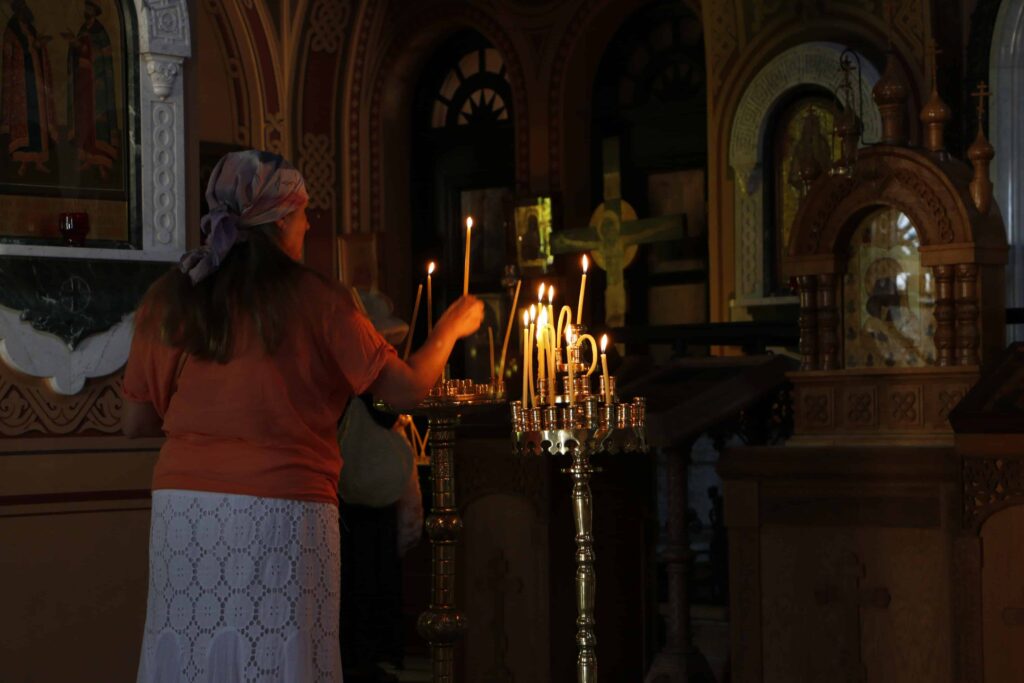 Multiple icons, paintings and lamps fill the chapels. | I. Rodríguez

Due to the restricted visiting hours and the fact that it is surrounded by holy places such as Gethsemane and the Tomb of Mary, very few people get to visit this hidden jewel of Jerusalem. The inside of the church is not as stunning as the facade, but stopping to admire the beauty of the multiple icons, paintings and lamps that fill the chapel is really worthy.

The top of the four main walls is decorated with scenes of Mary Magdalene’s life: being healed by Jesus, at the feet of the Cross and the risen Jesus appearing to her. The biggest, presiding over the front wall, has an unusual setting: Mary Magdalene is depicted in presence of the Roman Emperor Tiberius, bearing witness to the Resurrection of Jesus.

Despite being one of Jerusalem’s most recognizable landmarks, it is also one of the most unknown

The church was finished in 1888, commissioned by tsar Alexander III and his brothers in honor of their late mother, tsarina Maria Alexandrovna of Russia. It also contains the mortal remains of two martyr saints of the Russian Orthodox Church: Princess Elisabeth of Hesse and the nun Barbara, who were murdered together by the Bolsheviks during the Russian Revolution.

Elisabeth is not the only princess buried in this church, as her niece, Princess Alice of Battenberg, requested for her remains to rest here, close to the ones of her beloved and admired aunt. Alice, Orthodox nun when widowed, was the mother of Prince Philip, Duke of Edinburgh and late husband of Elisabeth II, the current Queen of England.