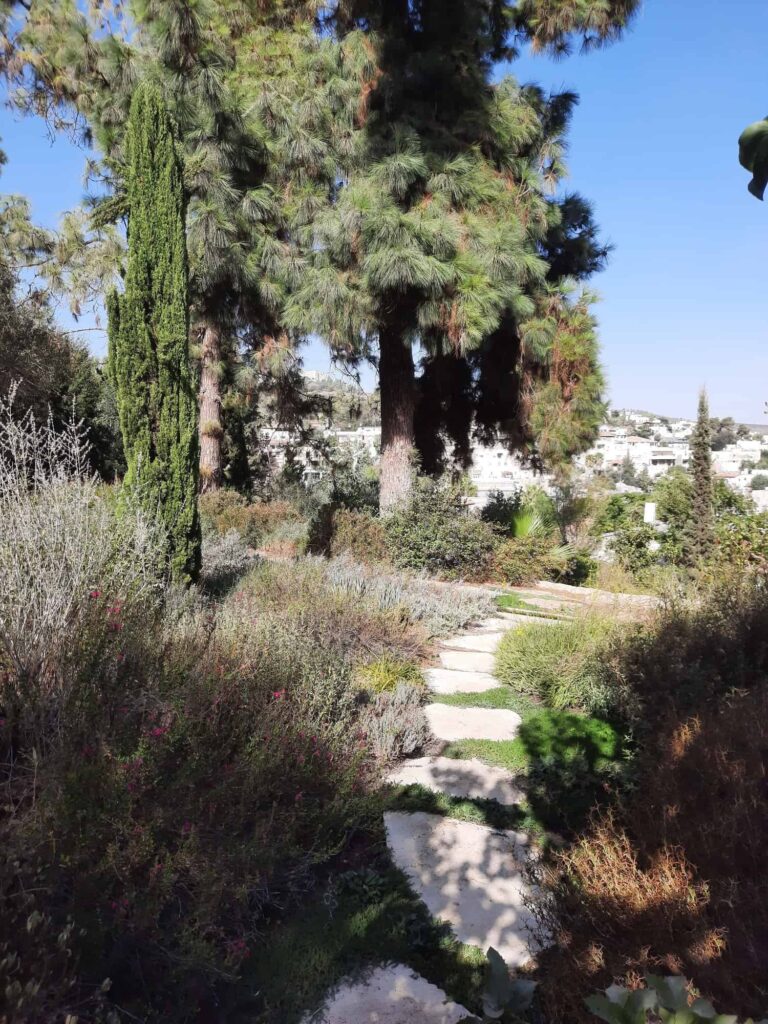 Not far from Jerusalem, the Benedictine Abbey of Abu Ghosh shelters an oasis, full of plants encircling a pond. A commemorative plaque reads that the place is dedicated to “the man who, from his special position, has done much for the relations between Catholics and Jews.” This man was Aaron Jean-Marie Lustiger. There is more about him on the plaque: “Born in 1926, Baptized 1940, Ordained Priest 1954, Archbishop 1979, Cardinal 1983, Died 2007.” But, what does this memorial to a French Cardinal have to do  with Abu Ghosh, Israel? Search his name in Google and you will find a movie about him titled “The Jewish Cardinal”.  I discovered Lustiger’s memorial garden thanks to an online lecture given by Mrs. Yisca Harani, hosted by Ben Gurion University of the Negev, with the collaboration of two of its research centers: the Center for the Study of Conversion and Inter-Religious Encounters and the Rabb Center of Holocaust Studies. Mrs. Harani presented three stories of Jewish converts to Catholicism who had also been Holocaust survivors. One of them was Lustiger.  He was born in Paris to Jewish parents of Polish origin and grew up in a rather secular environment. He was named Aaron. When Nazi Germany occupied France in 1940, the family fled to Orleans. That same year, young Lustiger was baptized by the bishop of Orleans with the name Aaron Jean-Marie. He wrote in later years: “I felt that I was going to find the meaning of what I had received at birth”. However, his parents were not pleased at all by his decision. He described the moment in which he told them about his plans to become a Christian as “an extremely painful scene, completely unbearable (…) I was torn apart by their suffering.” He was only fourteen. His mother was killed in Auschwitz in 1943, while his father survived.  After the war, Lustiger graduated from the Sorbonne with a degree in Literature and later became a priest. He was Bishop of Orleans, Archbishop of Paris and was appointed a Cardinal in 1983 by Pope John Paul II.  Although many did not understand it, he always considered himself a Jew, and he said Christianity made him a “fulfilled Jew”. Furthermore, he left in his will for Psalm 113 to be read both in Hebrew and French at his funeral. His nephew fulfilled his wish at the ceremony, which took place at Notre Dame, and also placed soil from the Mount of Olives on his grave. Afterwards, his cousin prayed the Kaddish, the traditional Jewish mourning prayer.  Lustiger also wrote his own epitaph, which can be read at the crypt of Notre Dame Cathedral, where he is buried: 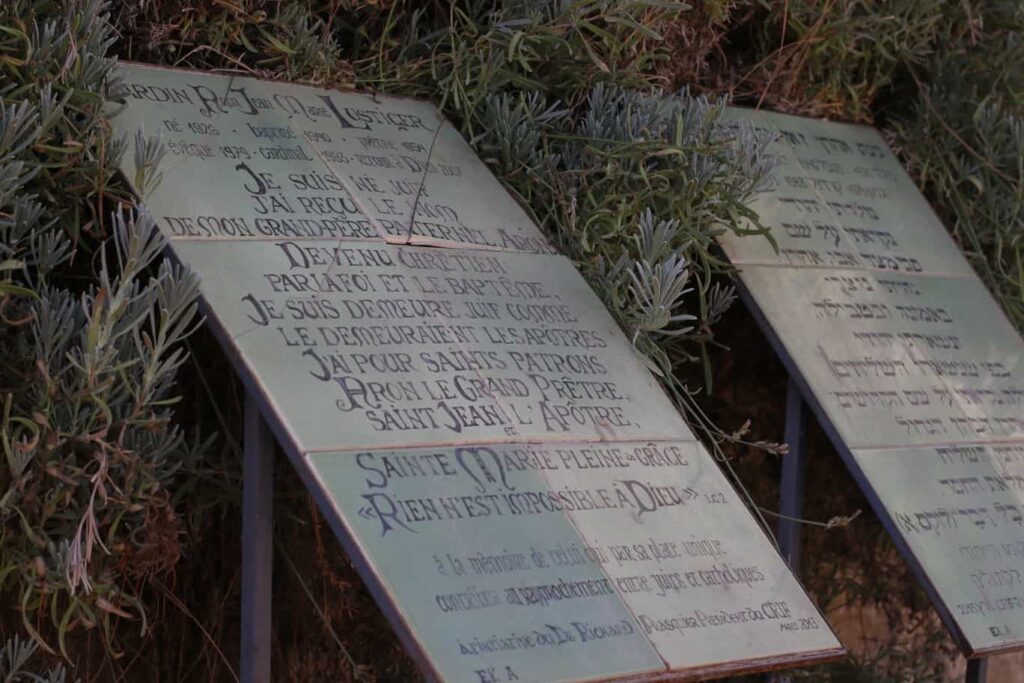 Commemorative plaque with the text of Lustiger’s epitaph | E. McCarthy

I was born Jewish.
I received the name
From my paternal grandfather, Aaron.
Having become Christian
By faith and by Baptism,
I have remained Jewish
As did the Apostles.
I have as my patron saints
Aaron the High Priest,
Saint John the Apostle,
Holy Mary Full of Grace.

This same text can be read on the commemorative plaque at the Memorial Garden of the Benedictine Abbey in Abu Ghosh. Lustiger had previously visited the place and remarked how very much at home he felt there.